We are the company, whose spine is a team of professionals with long-term experience in the real estate and financial market, which guarantees our clients the highest level of services and the high standard of our products. We are the company with a strong customer focus, where a friendly atmosphere, professionalism and maximum satisfaction is alpha and omega of our work. Our aim is to bring new trends in real estate activity, to increase the range of services and their quality. That is why our clients can expect more than just a real estate sale on a professional level, but complete advisory, financial, mortgage, legal, tax, insurance and relocation services. We are a company that gives a real estate sale a new dimension. We are TRIGA reality.

Our greatest pleasure and the main goal of our entire work is to provide maximum care to our clients. We are well aware of the responsibility we take to represent our clients, both on the seller´s and on the buyer´s side. That is why we always proceed with care, emphasizing professionalism and providing a wide range of services. We know that client´s satisfaction is an indicator of our success. We believe that client orientation and needs are the right way to trade and interpersonal relationships.

Support for the disabled

Triga reality adopted the Barborka Svobodova in frame of civic association "Good Facts" as part of the project "Adoption of Good Deed" and contributes financially monthly to her account (more information at www.dobryskutek.cz) 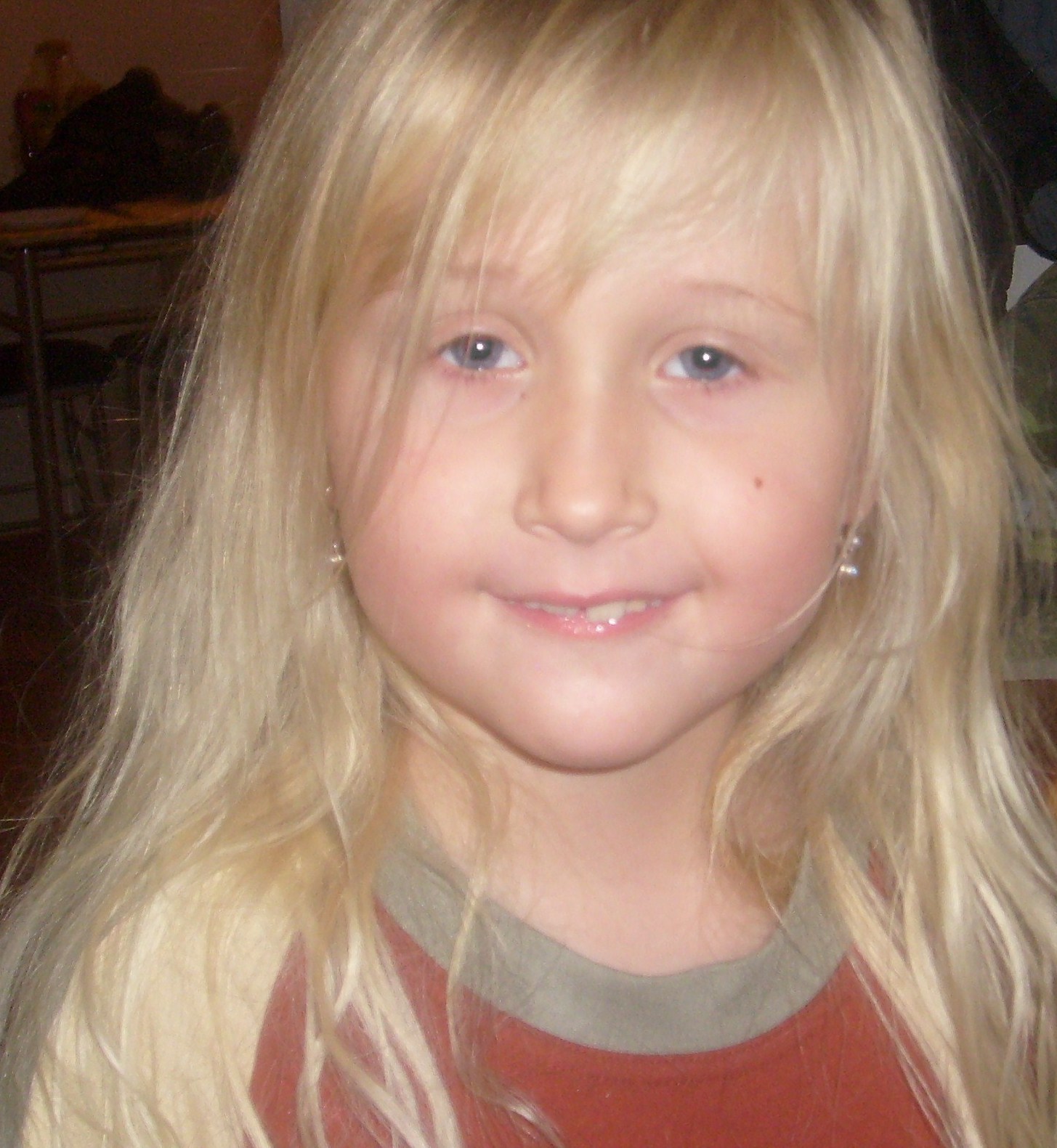 She was born in Opočno on June 16, 2004 as a seemingly healthy baby. Barunka was very much good baby, but she still vomited and so we were examined at a children's clinic where they found a cardiological defect. At nine months,

we noticed that Barunka did not make progress as other children of her age, and her eyesrolled up.

After examination at the neurological clinic, Barunka was diagnosed with severe epilepsy and began treatment. Barunka almost always slept for the entire year of treatment, and her eyebrows did not disappear. After the last increase in medication, she received a seizure that looked epileptic and was transferred to the hospital. We started to treat Barunka with stronger drugs, but she did not respond at all and she was transferred to the Motol University Hospital in Prague. In Motol, many doctors have discovered that Barunka's epilepsy has never had a diagnosis syndrome "Paroxysmal Tonic View of Childhood", which is quite unique in our country and does not treat any medications.

After drug discontinuation, Barunka began to awaken to life. Prior to the start of treatment, she was very calm and a good child, but she suddenly changed very much. She began to be very tired, still angry and very restless. At this time, asthma manifested itself. She first sat down at eighteen months and started walking at the age of three. She almost did not speak and resisted it today. Barunka controls about 15 words.

At six, Barunka was diagnosed atypical autism and attention deficit hyperactivity disorder (ADHD). By going to pre-school, everything was getting worse. Barunka began to hurt, to tear her hair and to bite her hands. Seizures of anger were getting worse. We were forced to treat ADHD with soothing medication. Unfortunately, we did not find a cure today that helped her completely. Caring for Barunka is very demanding both physically and mentally.

But we do not just ask for the unfortunate - Barunka likes to swim and likes animals. She loves her full-fledged toys that we take everywhere and the most beautiful for us is, when she laughs and wants to cuddle. Barunka also has an older brother who likes to be angry. Barunka commutes daily to a school 15 km away. And because she does not study because of her hyper-activity, she must still have her own assistant, who helps her in all directions.

Since December 2011 we have been testing biological treatment according to RNDr. Anny Strunecká. The treatment consists of gluten-free and lactose-free diet along with food supplements and methyl B12. Less than a year later, Barunka learned several other letters and began to be more receptive to her surroundings. Now we've ever been doing Barunka to do something without hurting.

Transportation to schools, assistance and biological treatment is all very costly for us, and therefore we thank Triga reality real estate agency for helping us through the civic association Good deed.

You can also contribute to the better life of Barunka Svobodová, all you can find on www.dobryskutek.cz

The company Triga reality cooperates with the handicapped person Mr. Miroslav Kitler, VAT: CZ7912243229 in the field of providing software, consultancy in the field of information technology, computer technology.

The story of Miroslav Kitler 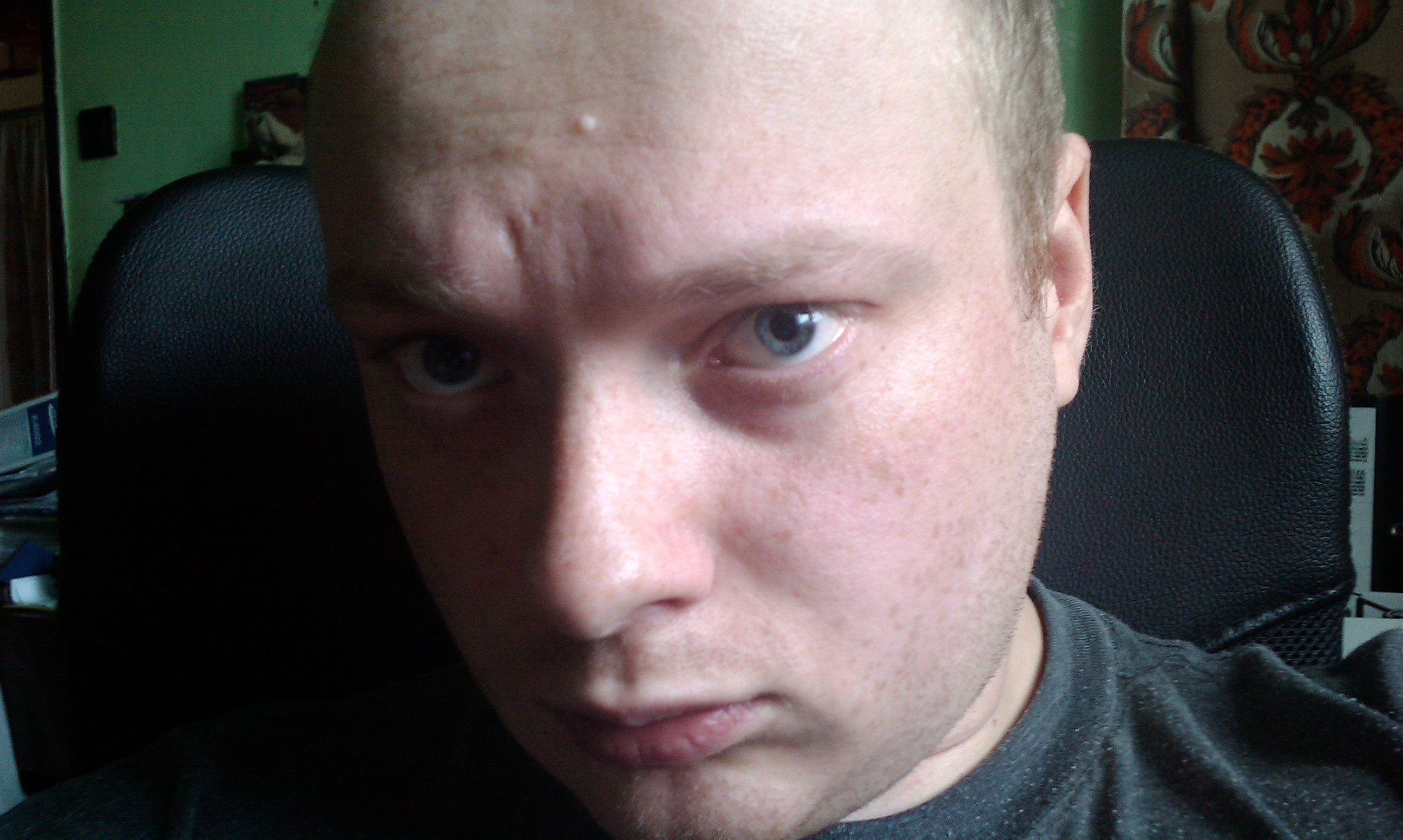 As a child, I have suffered a cerebral palsy, and after it was followed by the first surgery I did at an early age. Soon afterwards, there were other operations that improved my condition from a wheelchair when walking on two French clubs, which, however, did not mean almost any obstacle in any field. Not only with a few long stays in health care facilities such as Hamz's Children's and Adult Spa in Luže-Košumberk, where I spent almost 22 years with the breaks, it has never been quite easy and perhaps that's why I learned so easily do not give up anything. There I have already come into contact with Computer Technology, if that was what I was saying at that time, which has fascinated me and is accompanying me to this days.

I have been educated at home for all the time, except when I was in a healing facility, at home for the attendance of teachers and subsequent semester trials, because of my medical condition at that time, when the slightest accident was threatened with a return to a wheelchair. I finished my primary school in 1995.

Attending the Jaroměř´s Business Academy was not easy, transporting to GOA Jaroměř allowed me a specially made tricycle, which I went from home to GOA Jaroměř in every weather every day. Another notable challenge was the daily curving of the stairs to the second floor, along with constantly moving between classes and floors during class. But I did everything and finished my graduation in 1999, focusing on computer technology. Already at school, I did software-type repairs, and over time I worked on the HW repairs, that I´m doing today.

After several unsuccessful applications for IT jobs that have failed in the above-mentioned state of health and by a few employers who have employed me, not so much for my abilities as for the reliefs from my employment from the state, I decided in 2006 Computer Science and Consumer Electronics as a self-employed person, which I´m doing both in health and professional terms.

I very much appreciate people who do not look at me as a person with some health restrictions or disabilities, and recognize my abilities without first seeing the limitations and making decisions. The main problem, in my opinion, is that each of us has to prove to a healthy person 100 times more to realize that we can do it as well.

You can also use the professional services of Mr. Miroslav Kitler, with whom TRIGA reality is overjoyed and can recommend it.

Many questions are inseparably linked to the sale or rental of real estate. Do not know? Don´t You want to make a mistake and make a decision? Ask us, we will be happy to advise you! Your Satisfaction, Our Reality.

ask us
enter to counseling
Do I have to have the Energy Performance Card when selling a house?
Hide
answer Show
answer

Concretely, it is necessary to submit PENB for buildings built after year 1947, which have not undergone any major reconstruction since the construction.

At houses built and not renovated until 1947, the worst energy class is expected. In this case, the real estate agency will be obliged to include energy class G in the advertisements.

For houses built or renovated after 1947, a PENB will still be required to sell or lease.

What is the Leesee obliged to pay for any repair needs?
Hide
answer Show
answer
The Lessee is obliged to carry out routine maintenance at his own expense and to provide minor repairs in accordance with the stipulation declared by the Government Decree No. 308/2015 Coll., The sum of the costs of small repairs must not exceed CZK 100 / m2 floor space per year. If the price of the repair is higher, the difference will be paid by the Lesor. If the Lessee doesn´t make routine maintenance or repairs in due time under this Agreement, the Lesor has the right to do so, upon prior written notice to the Lessee, his own expense, and to claim the costs incurred after the Leesee.
Can I terminate the rent as a Leesee during the term of the lease that is for a certain period of time?
Hide
answer Show
answer
The Leesee may terminate the rent for a fixed term, if the circumstances on which the parties in the development of the lease liability contract apparently based, has changed its characteristics to such an extent, that the Leesee can not reasonably be required to continue hiring. The testimony of the rent requires a written form and must be forwarded to the Lesor. The notice period runs from the first day of the calendar month following the notice to the second party. The notice period is three months.